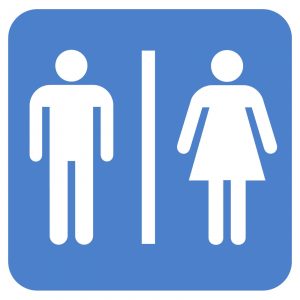 Now that you’re deciding which business manager is most qualified for the leadership position in your company, you may be wondering whether it’s best to hire a man or a woman for the position. It’s obvious that men and women possess certain inherent traits that are particularly effective in certain aspects of business. However, it’s important not to assume that potential managers will or won’t be able to effectively manage the business of your company simply due to their gender.

What Do the Stats Say?

This indicates that, in general, most business people trust that men will be better professional leaders. But is this really true? And, why do so many people maintain this belief?

Perceptions of Women in Business

The Harvard Business Review asserts that most people assume women will be especially nourishing in leadership roles. Women, in general, have a tendency to focus on things like encouraging employees to engage in self development and view building professional relationships as a priority. Female business managers may also promote principles like integrity and honesty in the workplace on a constant basis. The Business Review conducted an evaluation with male and female bosses to gauge these leadership traits, and women scored significantly higher in these categories.

These advantages that allow women to excel in the workplace were also rated by the women’s colleagues, managers and through direct reports. The results indicated that women who promoted integrity and personal development were seen as better leaders than males in the same managerial positions.

Alice Eagly, chairman of the social psychology department at Northwestern University, asserts that even though people generally feel that women could be better at leading a company, there is a double standard.

Eagly says that according to research conducted by Carol Smith, chief brand officer and senior vice president of the Elle Group, women are less demanding in their leadership style. This is largely due to the fact that people, even women, generally prefer women to be less bossy than women. This is why women tend to be more diplomatic and suggestive when it comes to assigning tasks or defining expectations. Smith also asserts that, in general, women tend to use tools like encouragement and positive reinforcement to bring about results in the workplace.

While men are known for being less emotional in their leadership and may not place as much emphasis on building positive relationships in the workplace, a Forbes.com article indicates that most people are growing weary of this type of business management. This concept is based on a survey given to 64,000 individuals in 13 countries. However, there are still more men in management positions than women.

The survey was conducted as research for the book The Athena Doctrine: How Women (And the Men Who Think Like Them) Will Rule the World by John Gerzema and Michael D’Antonio. The authors found that people prefer to be under the leadership of someone who is empathetic and loyal, and these are commonly thought to be female traits. However, these characteristics are certainly not seen as weak when displayed by men.

In general, men tend to be more concerned that the bottom line than women when it comes to leadership. A number of male leaders are less concerned about the methods used to complete a company project or accomplish than they are about the process. They simply want to do what works, and this could boost the efficiency of a business.

Choosing the ideal business manager for your company should be a matter of selecting the individual who will influence and benefit your current employees the most. This depends much more on personality than gender. Hiring a business manager whose leadership style is effective, as well as someone who will boost the morale of your team and help to generate more business, is the best option. A thorough evaluation of the potential business manager’s strengths and weaknesses, as well as a review of his/her past professional accomplishments will help you make the best choice when it comes to hiring.