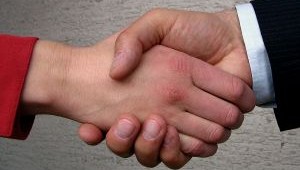 When discussing lean concepts and strategies, much of the focus has always been on the processes, the tools and the concepts. Too often lean managers forget about the most important part of successfully implementing lean strategies, the people themselves. Respect for people should be at the heart of any organization that is attempting to make the types of improvements lean strategies promise.

While often ignored, some people within the lean community are actually hostel toward the idea of putting people first when planning how things will run in a facility:

A principle that has been often discussed (and hopefully practiced) in the Lean community over the past few years is usually described as “respect for people.” A certain British rabble rouser recently said at a Lean conference “all this respect for people stuff is horse sh*t,” and that it is a “conventional Western management interpretation.” He mocked the idea of “respect for people programs,” although I’m not sure where such a standalone program has ever been attempted.

While individuals like this are certainly in the minority, many more skip right over the respect for people that is so essential to success. One nice thing about lean strategies, however, is they naturally benefit individuals at every level, in any situation. Even when companies aren’t intentionally focusing on the people, they often find that moving to a lean environment gets those results. If, however, a company focuses on respecting people along with implementing lean strategies, they will see some significant benefits.

At Toyota Production plants, where the concepts behind lean strategies were first developed, there is a clear focus on putting people first. That company knows that if they take steps to improve the morale, dedication and motivation of the employees, the lean strategies will be much more successful in the long run.

Even though putting people first has been part of the lean process since the beginning, it hasn’t been widely discussed until recently. Only in the past five years has it been talked about openly in most lean communities.  The important thing to keep in mind, however, is that when talking about respecting people in a lean environment, it doesn’t mean just being nice to them or having good people skills. It is specifically aimed at challenging people to improve their performance and do their best, every day.

People typically want to be challenged to improved, and when properly motivated they can often surprise everyone, including themselves, at the results. Companies which take the time to learn about their employees and how to motivate them will quickly see improvements in productivity. One of the great things about using lean concepts to motivate individuals is that the employees will typically be happier as well.

Studies have shown that when employees are challenged to do their best and are properly motivated, they are also more engaged at work. They will produce better results and have fewer problems in the workplace. This is truly a win-win situation for both the people, and the company, but it all starts with the company valuing and respecting each individual in the organization.