Continuous improvement methods have revolutionized the manufacturing industry for years now thanks to the Toyota Production System (TPS) and the many innovators that have come along the way. While these methods are sometimes interlinked with each other they often leave out a way to integrate other methods of improving performance that aren’t in line with the traditional TPS ideology. However, a manufacturing plant in Iowa decided to go against the grain by merging behavior-based safety (BBS) and kaizen into their manufacturing plants. This continuous improvement and behavior-based safety combination have proven to be successful for the company in more ways than one. 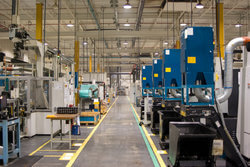 A standard principle in most improvement processes is the strive for perfection, hence the term continuous. An issue that arises time and time again that halts the process, is one’s ability to sustain their program. This particular plant in Iowa is a fairly large plant that has several manufacturing facilities on the grounds and were actually enjoying the benefits of Kaizen for years, but felt something was missing.

The company’s unusual layout of having several similar manufacturing facilities located on the same property actually proved to be a perfect arena to monitor the molding of continuous improvement and behavior-based safety into one another. They were able to have a side-by-side comparison of the effects a behavior-based management system had on Kaizen sustainment by selectively implementing it into specific sites.

Nearly four years into their Kaizen the plant implemented a behavior-based safety approach into one of their facilities. They designated specific safe behaviors, observing people on the job, providing feedback, while rewarding and recognizing improvement. Right from the start management and supervisors began to notice the potential BBS could have on the current continuous improvement system they had in place.

Throughout the Kaizen implementation the company understood that combining strategies of existing management styles that addressed quality, cost, delivery, safety and morale-related issues was going to be important, but the answer was more complicated than they thought. Also, they were well aware that implementation was only part of the process, in fact the most difficult challenge was going to be sustaining the Kaizen methods to insure long lasting improvement and cost containment.

The company had regular Kaizen events conducted surveys to gauge employee involvement into the process. They found a direct correlation between the amount of participation in Kaizen events to how positive an employee felt about their jobs and about the company. However, the company still struggled with keeping up on the daily sustainment of continuous improvement activities after the events.

Instead of throwing blame, the company looked at the actual implementation process and looked at the lack of reinforcement and appropriate consequence management system. These missing elements were key they felt to gaining the daily improvement they were striving for. 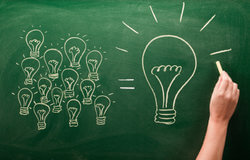 The key here is the BBS process is easy to manage, results are generally positive and sustainment is rarely an issue.

The BBS process begins with the basics, like bringing the use of safety glasses or ear plugs to an habitual form. Although it might seem simple, a very important thing is happening during this initial implementation. The staff is learning how to communicate, how to reinforce others and how to acclimated to talking to others about a personal topic, like safety.

Often times in Kaizen we see communication breakdowns. Things get implemented quickly and employees don’t have the time to communicate, only do. By breaking through the communication barriers employees are more apt to achieve a desired goal whether it’s a Kaizen or BBS goal.

The breakdown in sustainment following a Kaizen event was often attributed to the lack of reinforcement following the event. This required a change in behavior that was not possible without the appropriate reinforcement at the appropriate frequency. However, the skills and techniques that the BBS process offered proved to keep high levels of sustainment in continuous improvement in areas where it was being utilized. Managers found Kaizen changes to go faster and sustain better.

Overall, the areas with the highest levels of sustainment across the company where those that managers and workers where able to utilize the skills and techniques they had learned from the BBS process and incorporate them into their Kaizen methods.

This proved itself over and over again as they began to implement BBS into their other facilities, similar success followed. Whereas facilities that were left alone, actually saw a decline int their improvement process.

Portions of this post where gathered from a case study done by Terry Butler and Gail Snyder from The Performance Management Magazine.