1988 was an interesting year to say the least. The beginning of the Bush era in Washington was about to begin. Prozac was set free and quickly becomes the leading remedy for all depression needs. Parents still felt good about buying their children Pee-Wee Herman dolls. Chavez Ravine still echoes screams of regret as cars lined up to exit game one of the World Series early and Raymond Babbitt definitely stole the hearts of millions on the big screen. 25 years ago we were also introduced to a term known as “Lean” that would begin a revolution in the manufacturing industry. 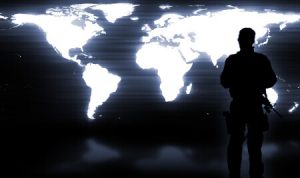 The concept of Lean practices and ways of thinking were nothing new to the folks at Toyota, but their was no term, it was just the way things were done around there. The term “Lean” was simply defined as a “deficient in flesh or “containing little or no fat” (Merriam-Webster), but that would soon change.

About the same time Kirk Gibson was pumping his fists in the air as he limped around the bases, breaking the hearts of Oakland fans everywhere, John Krafcik would forever set his name in the manufacturing history books. It was in his 1988 Sloan Management Review article “Triumph of Lean Production Systems,” where he officially coined the term “Lean.” Although, the concepts and processes had been around for years before Krafcik introduced the term, it was not until this article that they really started to take off in the U.S.

Krafcik had been a quality engineer in the Toyota-GM NUMMI joint venture in California before heading to MIT for his MBA studies. His research would be continued by the International Motor Vehicle Program at MIT, which would soon produce the international best-selling book The Machine That Changed The World, by James Womack, Daniel Jones and Daniel Roos.

At the time Lean philosophies had been used solely in the auto industry. 25 years later, we see Lean concepts implemented in just about every industry around. For most, Lean is a set of “tools” that assist in the identification and continuous elimination of waste (muda). The elimination of waste is a slow continuous process that improves quality while production times and costs are reduced. Some of the more common tools are 5S, Kaizen, Kanban, Poka-Yoke and Value Stream Mapping.

Lean has come a long way from it’s early days and still has a long ways to go. In a recent interview published on YouTube, Womack was asked “what comes after Lean?”

“Nothing. Because all this is about, is how people, work together collaboratively to try to create more value and correct perfect value with less and less. And so this is a long, long human story that we’re involved in that goes back 500 years of people thinking about that…It doesn’t end, because the fundamental problem doesn’t go away; and the problem is that the world always needs more value, and the waste is getting in the way of value. We happen to give it a label for this time– which is Lean.”

Womack’s response is one that is widely agreed upon in the Lean culture. Even though the language has stayed the same over the years, how we talk about Lean has changed. What we have today is more of a drive to understand Lean as a process of improvement, instead of a box of tools. But like Womack states, “it doesn’t end.”

Up until recently, the biggest struggle with Lean was understanding the concepts. However, as the popularity spreads and industries across the globe enjoy the results of their Lean implementation, today’s biggest struggle has become sustainability. The ideas and concepts behind the Lean movement are all still valid and make perfect sense when designing a business plan for success, but the human element is always a factor.

More and more, we hear the term “Lean Culture.” Without it, the ability to sustain your progress becomes merely a head-nod at the beginning of a company meeting. The ability to sustain and build a Lean culture has become the next big challenge among Lean experts everywhere. While there’s no definitive answer, many believe it is in the hands of leaders to build and sustain their culture.

The behaviors that shape and build your organization’s culture will always play a factor in your success. Whether it’s Lean or some other form of improvement process, without a belief in the system there is no system. How the leaders shape the next 25 years is anybody’s guess, but if it’s anything like the previous 25, we should be in for a good ride towards improvement.