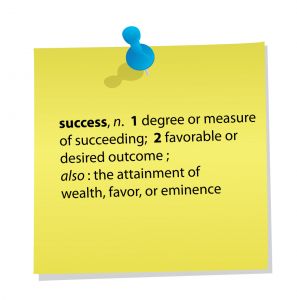 Implementing lean strategies in any company is difficult, but it is something that most companies agree is worth doing. The problem is when companies do it improperly, the implementation fails and they end up losing out on the time and money invested. This can be discouraging for everyone involved at every level, and it can also make it more difficult for future attempts at change and improvement in a facility. Looking at the following five tips for 5s success will help any facility get on their way to a successful implementation.

When employees are told they are supposed to follow the 5S standards which have been laid out for them, only to find that their managers are not doing the same it can be very discouraging. The leadership team should always be the examples which other people can follow, not a source of trouble for the lean team. Managers at every level should be required to have clean, organized desks and also enforce the same on their teams throughout the company.

Clear Expectations for a 5s Workspace

Using visual examples of what a good 5s workplace will look like is a great way to ensure people know what is expected of them. Taking before and after photos of an area which was organized by a 5S expert is a great way to start this process. Make sure to clearly show everyone not only what it should look like, but also why it is so important. 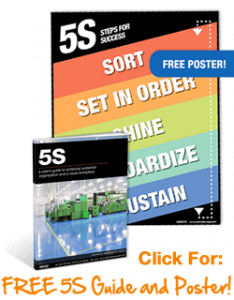 Create an Implementation Plan with Milestones

Implementation can be a difficult time for any 5s strategy which is why it should be properly planned out. Having a written plan with set milestones is the best way to get the results you’re looking for. When the plan is written and easy to understand it is much easier for everyone at all levels to follow properly. While creating the plan make sure to include all the key teams which will be needed during the implementation process so they can give their input and have a good understanding of how everything works throughout the process.

Once the initial implementation of the 5S strategies have been put in place, encourage everyone to be constantly on the lookout for things that can be improved. Even a well implemented 5s strategy can get old and out of date without ongoing improvement. This improvement should be prompted by not only the lean team or the management staff, but also by the value-adding employees. They are in a position to see exactly what types of things are working well and which ones could be improved upon.